Rasoi of India Centreville Buffet: Not Worth It

Tucked away next to a Dollar Plus store in the busy Centrewood Plaza on Rt 29 in Centreville is Rasoi of India.

It was around 1:30 PM in the afternoon and we were lazily driving around Centrewood Plaza in Centreville looking to get a quick bite when we spotted Rasoi of India.

On an impulse, we parked our car to explore the food at Rasoi of India.

During our visit, Rasoi of India was empty except for one Caucasian diner digging into Tandoori Chicken and sipping soda.

We briefly explored the food counter and settled down at one of the tables by the wall.

To put it simply, Rasoi of India lunch buffet is a "Triumph of Quantity over Quality" 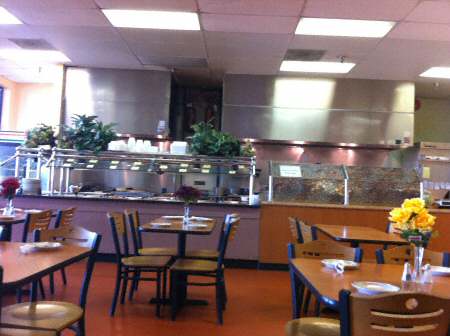 Here is our take on Rasoi of India's lunch buffet starting with appetizers:

Both Samosa and Pakora were lukewarm.

Samosa was big, well-cooked and the potato filling was not bad. 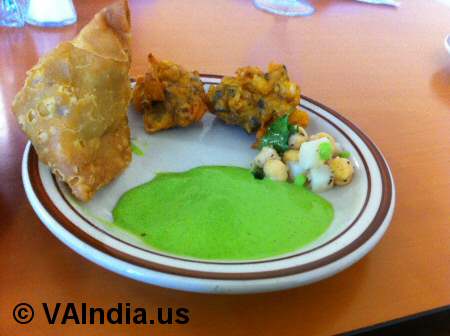 Samosa, Pakora, Green Chutney
Pakoras included onion and potato pieces and were good with or without green chutney side.

No issues with Rasoi of India appetizers except for their lukewarm temperature.

Pleased with a good start, we moved on to Chicken entrees little realizing the horror awaiting us. 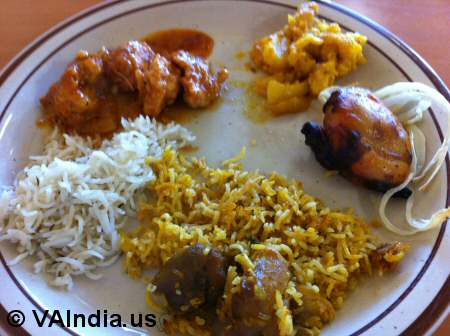 Rasoi of India's Tandoori Chicken also suffered from poor marination and was way too tough.

Chilli Chicken was so bland making us wonder whether it was wrong labeling or did the kitchen forget to add Chillies. 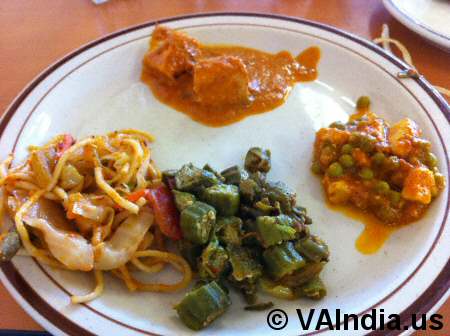 Butter Chicken (top)
The gravy in Butter Chicken was all right but the Chicken pieces were tough ruining the joy of eating this staple North Indian Chicken dish.

With the exception of Vegetable Noodles, the other vegetarian entrees at Rasoi of India were horrid.

Alu Gobi Masala tasted like boiled potato and cauliflower hastily cobbled together with a wee bit of salt and turmeric powder. 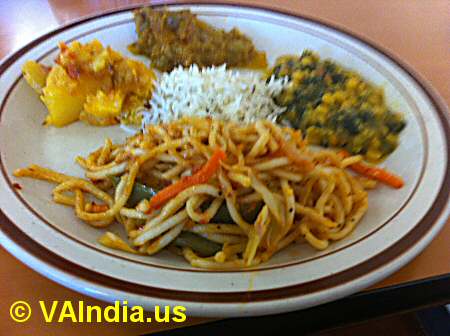 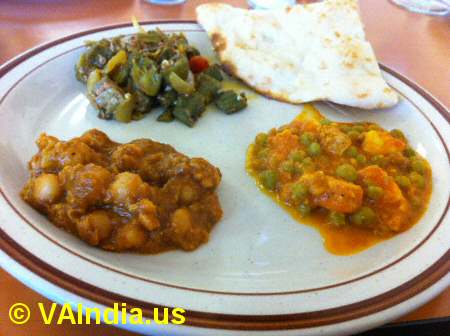 With a surfeit of turmeric powder, Mutter Paneer brought tears to our eyes.

Would there be no end to our misery, we wondered sotto voce! Baingan Bartha was low on spices and chillies and clearly evidenced the lack of a competent chef in the kitchen.

Although mildly spiced, Vegetable Noodles was was not bad compared to the other vegetarian dishes.

Also, all the buffet items were either cold or lukewarm leading us to suspect that the buffet station burners might not be working properly.

Naan Bread was served at the table hot.

And that is the only good thing about it. It was way too thick for our liking and became hard quickly. 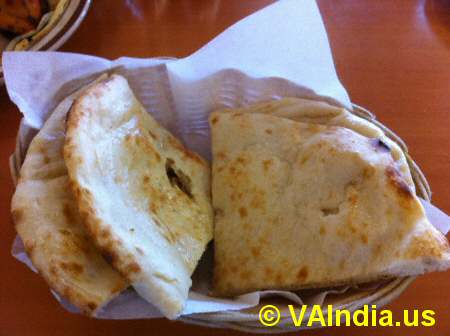 Naan Bread
Basmati Rice with Jeera seasoning suffered from the dry texture and we did not relish it one bit.

Vermicelli was the sole dessert during our visit. 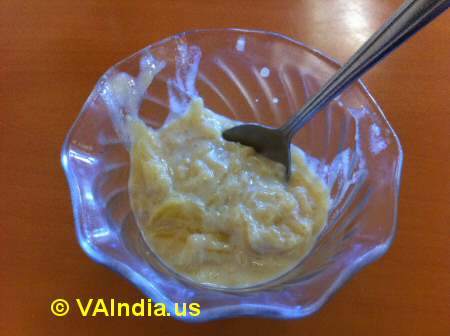 Rasoi of India has no ambiance to speak off and sports the look of a dump.

As you enter the square shaped dining hall, you have the buffet station on the left, tables on the right, soda machine, appetizer counter, kitchen and restrooms at the rear.

The red-colored floor has seen better days with paint/tiles peeling off in some areas.

But tables were clean and, more importantly, silver was wrapped neatly in a napkin and then placed on a plate. A good hygiene practice that not many restaurants practice!

Since it's a buffet, there was really not much service to speak of except that they bring Naan Bread and the check to the table.

Be it vegetarian or non-vegetarian entrees, it's an equal opportunity offender.

On the plus side, the buffet has a good many items for the price of $9.95.

If you're the kind that loves quantity over quality when it comes to food, then Rasoi of India is right for you.

But if you relish spicy and tasty Indian food like us, then Rasoi of India in Centreville will prove to be a terrible disappointment. - © VAIndia.us